The Somerset Wine Fair is our big annual event with so much to taste and explore with wines and spirits from around the world.

We have great wines for you to taste and producers to meet, plus I’m excited to introduce two leading people in the wine and drinks industry who will be taking centre stage in the auditorium throughout the evening. 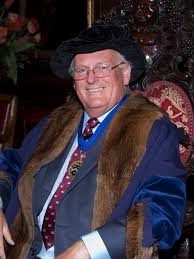 Due to his commitment in the wine trade he became the Master of the Worshipful Company of Vintners in the City of London.

He started life working in cement but after 4 years he saw the light and joined the wine trade, he then went on to work for over 30 years with Mentzendorff becoming a Director with responsibility for Bollinger. Seven years ago, he left and formed his own company with Rupert St Aubyn, now called Southern Wines, importing wines from around World and the main agency being Vondeling from South Africa.

If that wasn’t enough! Simon is the brand Ambassador for Charles Heidsieck Champagne, and also a Trustee of the Wine Trade Sports Club Foundation and also the Wine and Spirit Trades Benevolent. Thirsty work! Good job he’ll have Double Gold award winning Vonderling Erica Shiraz for you to taste. 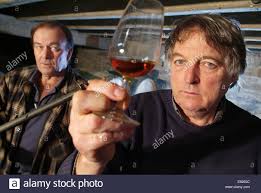 Julian rom Somerset Cider Brandy Company, needs no introduction! If you are a cider, brandy or Somerset lover you’ll know this man! To be honest even if your not I’m sure you’ve heard of him. He is the famous cider producer who led the revival in the art of distilling cider brandy, it was a hard battle for him but through determination he eventually was granted a distilling license in 1989. It really is an honour to have him talk and share his love and passion.

Tickets are limited and can be purchased through The Wine Shop and go on sale on the 1st September, call 01934 708312