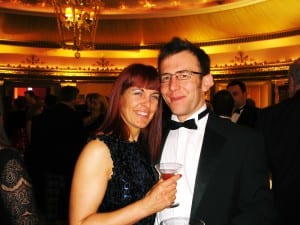 The Wine Shop, Kelli and Matthew, shortlisted in the top 3 for Best Newcomer 2014

The Drinks Retailing Awards are among the trade’s biggest highlights, bringing together the leading lights in retail. Not only is the judging process one of the most rigorous and thorough of all the industry awards, but they are also unique in covering the entire breadth of the take-home market, striving to reflect excellence in as many areas of the trade as possible.

That is why we were really excited to have been short listed in the top 3 for Best New Comer 2014 across the UK. We were interviewed at the shop for a couple of hours, so that they could find out more information on how we worked and what our future plans were in progressing.

The award night arrived on Tuesday 4th February which took place at The Dorchester Hotel London, for me this was an exciting experience, any excuse to get a new posh frock!

Being a drinks industry award ceremony you can imagine there was plenty to choose in the way of beverages, as each sponsor hosted a bar at the event or their wine was chosen for the table. I found myself attracted to the cocktails. 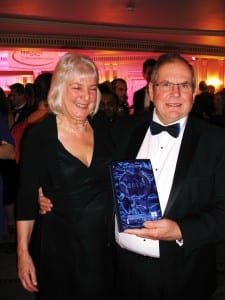 We met Chris and Kay who are the owners of Green Valley Cyder Farm in Exeter who were up for the award Best Independent Cider Retailer (and won). Not only do they sell a wide range of ciders they also make cider and apple juice that people can come along and watch how the process is done.

Karen Christian was also attending the event who was a fellow Diploma student and is a wine writer, it was great to see a friendly face. 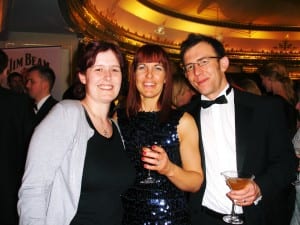 At 7.45 we were ushered in to the ballroom to take our seats for dinner, the three course dinner which really was delicious. We sat with the other two nominees Emma and Alex from Aged in Oak and Barry from The Lancaster Wine Company. Also on the table was our sponsors for this particular category being New Comer 2014 who were Coppens Premium Belgium Larger. 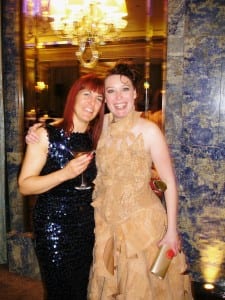 Co hosting the awards was Rosie Davenport, editor of Off Licence News and Comedian Miles Jupp. Rosie wore a dress that was entirely made out of cork! The supple fabric was made from 100% natural cork granules supplied by Amorim, the world’s largest cork producer, which was bonded together, finely shaved and backed onto cotton.

We didn’t have to wait long as our category was second to be called. Each shop was spoken about and then it came.. The Winner is “Lancaster Wine Company” Alas it wasn’t the Wine Shop of Winscombe.

This did not put a dampener on the evening as it was great fun to experience the glitz and glamour of the awards evening and enjoying dancing the night away afterwards. It was great to meet other independent wine merchants, share ideas and contacts. 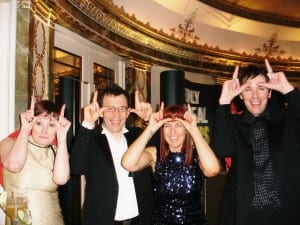 The Losers : ) Taking it well 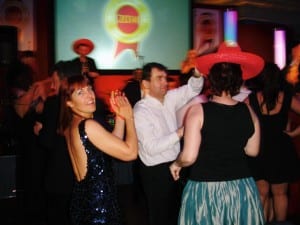 Dancing Shoes are On

It wasn’t all about losing this week. On Monday I attended the AGM for The West of England Wine and Spirits Association and unbeknown to me I was awarded The John Avery Award for Best achievement for the WSET Diploma. The award presented by Christopher Fielden and Mimi Avery. 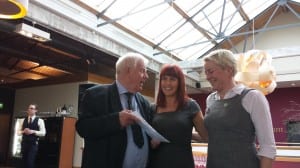 Thank you again for all your continued support.

2 Responses to “A Week of Awards”