Having no idea how beer was made, Jem and John at Cheddar Ales kindly let me hang around for a day to check out what goes on. I arrived with Jem packing the van ready for Mike to take all the delivery’s.

First stop after that was a cuppa, well received at 8 am on cold February morning. Cheddar Ales have a range of beer from light hoppy ales to the dark Totty Pot, my favourite being Potholer but today we’re making Gorge Best. 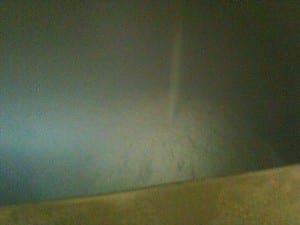 The first part of the process that goes on is the Mash and this is where the barley and malt meet hot water. The idea is to allow the starch to break down in to sugar so that it can be used to ferment at a later stage. There are two types of sugar and they react at different temperatures, a good temperature for both of them to work at this stage is 65 degrees. It takes an hour for this process to work and once it is complete you are left with a very sweet liquid called  wort. The taste was very malty and sweet and to my surprise too much for my sweet tooth, just a small sip gave me a natural kick! 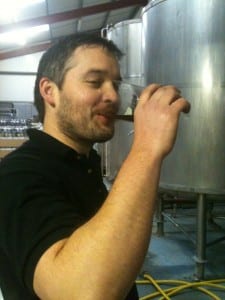 The liquid is then transferred in to the copper, although the container is actually stainless steel for easier temperature control and hygiene. It gets its name from when the beer was originally made in a copper tank, it is sometimes referred to as a kettle.

The majority of beers have this as a base starting point and the next stage is where you use particular hops to create the flavours in the beer. Each style has its own recipe and this is personal to each beer and brewer. The different hops are blended to ensure continuity and its the brewers job to ensure he blends the correct percentage of each, as they are natural ingredients this blend can change. There are 3 different blends of hops that go in to the wort at different stages so as to impart different flavours and characteristics. The liquid has to reach boiling point in the copper before the first batch of hops is put in. 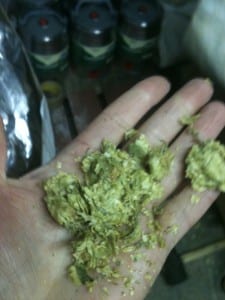 The Hops for flavour.

Once the hops have been blended in to the wort it is then transferred to a tank for fermentation, the liquid is at a high temperature and needs to be cooled whilst being pumped to the fermentation tank. Specially selected yeasts are mixed in with the wort to allow the sugar to turn to alcohol. The fermentation process takes about 48hrs, unfortunately I won’t be around to taste that particular batch.

Having had no idea on the process of beer making I really feel I have much more respect for the product. Watching Jem and John at their work shows the dedication and passion they have to make sure it reaches you in perfect condition. 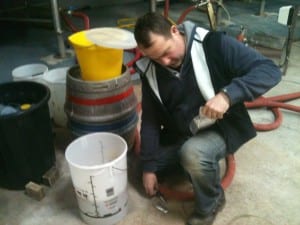 I’ve tried a few bottle beers and never understood why they didn’t taste the same through the pump at the pub, although have felt Cheddar Ales had a rounder fuller flavour that tastes like beer should and apparently its because it is beer conditioned bottling. This means rather than artificially injection the bottled beer with co2 gas, they allow it to happen naturally with a second fermentation within the bottle similar as you do with Champagne. This gives smaller delicate bubbles and is similar to that of really beer in the cask. 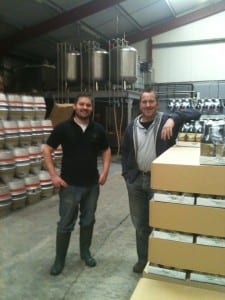 Thanks to Jem and John at Cheddar Ales